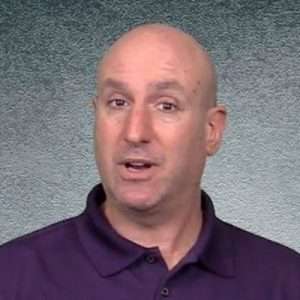 Our guest today is Scott Skibell.

I’ve heard from several people that video is the new thing, that video on LinkedIn gets much higher engagement, and that if you want to work on getting your message out, you need to learn how to do video.

I took Scott Skibell’s course, LinkedIn Video Marketing, and I thought it was great, and so asked Scott to be a guest on this show, to discuss video in an old-school audio format.

What I really liked about Scott’s course is his message: keep it simple, your videos are about creating connection, not perfection.

That said, he provides some tips on how to up the level of professionalism, and shows how you can add titles, text, and B-roll to your videos, all from within the iMovie app on your phone.

It isn’t too expensive to get started.  While all you truly need is your phone, it helps to buy a few accessories.  In the show notes you’ll find links to the accessories I bought, which include:

I enjoyed my discussion with Scott and hope you find it valuable.

To learn more, check out his course at: www.skillcasting.com