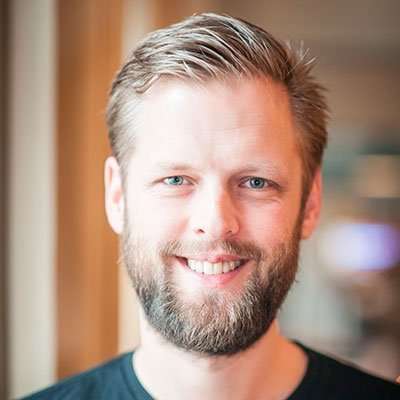 Our guest today is Johnny Warström, the CEO of Mentimeter, which is a tool that can help you make presentations, workshops, and meetings more interactive.

The tool lets you take a live poll of your audience, and the results get updated real-time in your presentation. The audience doesn’t need any special hardware – just a phone or any other device connected to the Internet.

When I interviewed Johnny, I had not yet used the tool.

I just got back from facilitating a professional development event with about 25 independent consultants where I tried Mentimeter for the first time, and it was a massive hit.

Some of the attendees said that Mentimeter was their number one takeaway!

We’d be having a facilitated discussion and presenting regular slides, and the attendees were engaged, but you could see the energy in the room starting to flag.

And then we’d get to a place with a Mentimeter survey, and, Bam!, the room came alive. Out came everyone’s phones, and you’d see the responses coming in on the screen, and people were looking up to see how their response compared to everyone else’s – it was awesome.

I can’t imagine doing a presentation in the future to a larger group without including a few Mentimeter surveys.

I’ll also say the tool is incredibly easy to set up.  I had put it off for a week, because of the activation energy involved in learning some new piece of software. I shouldn’t have worried.

If you can drag and drop, you can have a Mentimeter survey ready in about 60 seconds.

One tip: while most of the survey templates are quantitative, do try out the “Open-ended” question type, in which respondents can type in free text. It is very cool to see all the responses popping up on your screen up in front.

You might start a meeting by asking, using Mentimeter, “what are you hoping to get out of today’s session?”

The tool allows you to export all the responses, in either Excel or PDF format, so you can use in later analyses or presentations.

Mentimeter has 16 million users – I’m one of them.  I do encourage you to check it out and try it in your next meeting.