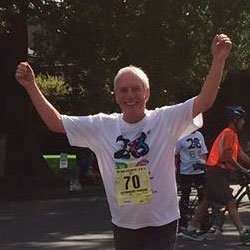 Our guest today is John Dranow, the CEO of Smart Revenue.

John’s firm has hundreds of trained, vetted field researchers available around the world, and his firm can help you fill in the data white spaces.

Big data can help us analyze in exquisite detail what is happening, but it is hard to know from the data what isn’t happening.

How many people walk by a store but don’t look at the window display?

How many people look at the window display but don’t enter the store?

How many people enter the store but don’t walk down the center aisle?

How many people walk down the center aisle but don’t buy your client’s product?

John’s team has a range of tools to help fill in these white spaces.  In our discussion we discuss field interviews, vision tracking goggles, how Panera might study a customer standing in line to order, and much more.

John’s firm does regularly work with boutique consulting firms as well as independent professionals – so if you have an upcoming project where this type of anthropological field work would provide compelling insight, check out his firm at www.smartrevenue.com