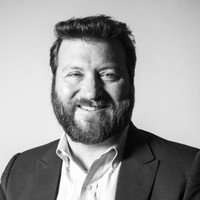 Our guest today is Scott Friesen, the SVP of Strategic Analytics at Echo Global Logistics, a company which serves as a broker that connects companies who want to ship something by truck to the trucking company that will give the best rate, a non-trivial exercise considering that there are 40,000 trucking companies in the United States.

In our discussion, Scott gives me an overview of the two major categories of trucking: less-than-truckload and full truck load.  We then explore some of the ways that analytics is changing the trucking industry, and the entry of new players including, you guessed it, Uber.

To learn more about Echo Global Logistics, go to echo.com

And to learn more about Scott, check out his LinkedIn profile https://www.linkedin.com/in/scottpfriesen/