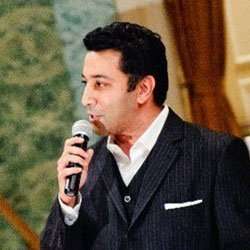 So a professional comedian and management consultant walk into a bar…

Anish Shah is a McKinsey alum and professional comedian who does corporate gigs around the world as well as independent management consulting.

In this episode, Anish shares the story of how he built his comedy career, and we’ll hear a clip from one of his performances.

Check out videos on his website, https://www.anishcomedy.com/videos, where you can also sign up on his mailing list to get notified of upcoming shows, or reach out to him about booking him for your corporate or charity event.